Who Takes the Test and Why? 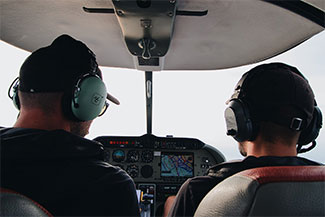 A pilot’s ability to distinguish colors is imperative when navigating via runway lights while flying at night. When radio communications are down, air traffic controllers will transmit signals in red, green and white to indicate whether it’s safe to take off or land.

There are several tests to determine whether a pilot – or others for whom identifying colors is critical, such as ship captains and certain military personnel – has a color vision deficiency – commonly called “color blindness.”

The Optec 900 & Farnsworth Lantern (FALANT) are able to test for a pilot’s license.

What Do the Optec 900 & Farnsworth Lantern Test?

During the Farnsworth Lantern test, for example, a 1 minute exam is conducted by an optometrist in a well-lit room, with the applicant situated 8 feet from a lantern-like device. The device displays small red, green and white circles – two at a time vertically, in various combinations at random (including two of the same color), and differing levels of brightness. Nine such displays appear. Within a few seconds of each display, the applicant must correctly identify the color at the top and at the bottom.

The results are noted on the pilot’s medical certificate, a document that must be renewed regularly. The Optec 900 is a very similar test to the Farnsworth Lantern Test & is equally acceptable by the FAA. You can see it listed here: https://www.faa.gov/about/office_org/headquarters_offices/avs/offices/aam/ame/guide/app_process/exam_tech/item52/et/

An applicant who fails a color vision test, may still earn a pilot’s license, albeit with limitations, such as not being allowed to fly at night.

Diamond Vision accepts several health-insurance plans. Contact us today to learn more about insurance coverage and/or the test itself.